Comic as a visual aids for fundraising

Enorev, a non-profit organization that helps children with rare diseases, needed an educational comic to support their fundraising campaign and to explain the new treatments their research is helping to develop. The goal of the project was to be able to connect emotionally with potential donors by using illustration to support their text. The client wanted the comic to feature four illustrations.

The specific roles of each illustration were first determined in order to focus on the important points for the client: reaching and attracting potential donors. To do so, the comic was made based on the AIDA communication model. The first was intended to pique curiosity and inspire. Then, the next two illustrations served to convince the reader of the relevance of the research in therapeutic repositioning. Finally, the fourth illustration served as a call to action, and an incentive to donate.

And choice by the client

The proposals were made keeping in mind the directives of the client. The preferred sketch was then modified to incorporate further requests from the customer. The style which was chosen used soft textures reminiscent of crayons to evoke memories of childhood. 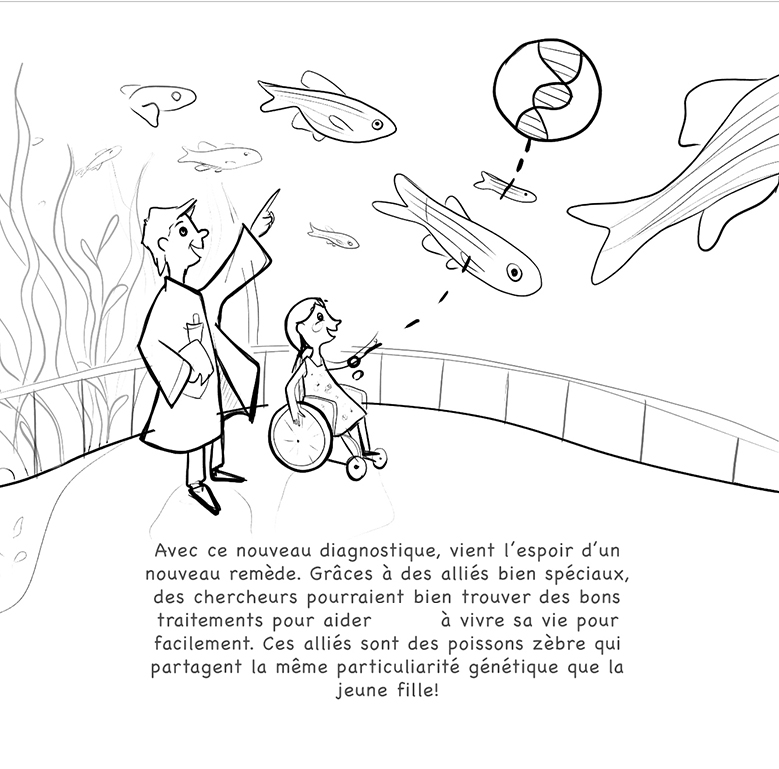 Once the sketches were approved, the final illustration was created using Adobe Photoshop.

Get your free quote
"
This is some text inside of a div block.
"

Thanks! Your Email is on its way to us.
Oops! Something went wrong while submitting the form :(
orcéine
©2020 Orcéine Scientific Illustrations

PortfolioServicesAboutWhyContact
* The artworks on this website are not royalty free. For any demand regarding uses, please contact me.